A lot of Android users rely on Mac as their primary computer. Keeping this in mind, it’s important to have best android file transfer app or software that can help you transfer files between your Android smartphone and Mac. Given that Apple doesn’t offer a software by default to do this, users have long had to rely on third-party solutions for safe and secure file transfer between a Mac and an Android device.

Google has had the Android File Transfer app for Mac that helps you easily transfer files (or even drag and drop) onto your Android phone or tablet. However, this is not suitable for every purpose. Despite its feature set, Android Device Manager does have some limitations.

This is where other offerings come into the mix. Given that there are quite a lot of these apps now, we decided to compile a list of the five best Android file transfer software for Mac in 2020. So without waiting any further, let’s get right to it.

A word on Mac

It’s worth noting that, even though Android has improved substantially over the years — and so has macOS — you still cannot just download files by plugging in your USB or USB-C cable. You have to download what is essentially the “compatibility” app Google has made for macOS, Android File Transfer. Once you download that — for free — you should be able to transfer files as freely as you’d like.

This service has been around for quite a while now. Google has refined the app over the years to maintain compatibility with newer macOS versions. It’s a pretty basic solution to something that concerns so many users. Android File Transfer allows you to seamlessly access your Android smartphone or tablet through a macOS computer. It allows you to transfer or view photos, videos, contacts and more in no time.

It works over a USB connection, so it’s imperative to have a wired connection with your Mac for this feature to work. As we said, it’s not the best solution out there, but it works out pretty well for a lot of users. Sure, it doesn’t have the bells and whistles of other apps, though it gets the job done pretty decently. Android File Transfer is available from Google’s site (link above), and is free. 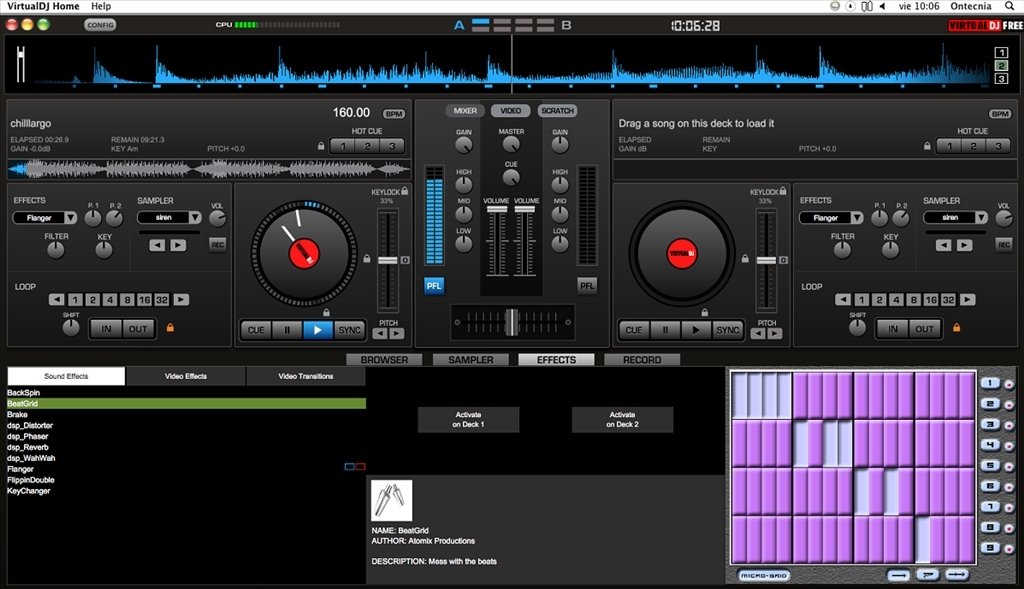 This is an elaborate software for your macOS computer that can connect to several other devices in addition to your Android smartphone or tablet. Further, it allows you to connect your Android device as a separate hard drive, allowing seamless file transfer between your Mac and Android device. You can also mount your Android smartphone as a separate disk on your Mac, giving you the freedom to quickly transfer files between folders. What makes SyncMate really stand out is the fact that it can also sync music, contacts, and even folders without any effort from the user.

Pretty much like an iPhone, SyncMate can automatically sync predetermined folders in no time. It can also sync apps between your Mac and Android devices, which is an appealing feature to have on a Mac software. It’s an extremely functional app and has to be high up on your list if you’re seeking to stick to a handy solution. The company offers a free edition that anybody can try out and then move on to the paid of “Expert” version if they like the product.

This is an app that doesn’t require a separate download link as it can be downloaded directly from the Mac App Store. It’s perhaps the best alternative to third-party Android file transfer apps as it has been approved by Apple for this very purpose. Keeping this in mind, it has to be on top of every Mac/Android user’s list. As far as the features are concerned, it’s fairly easy to pair with an Android smartphone or tablet. The app supports drag and drop of files between the Mac and the Android device.

Although the app initially required a wired connection for file transfer, it now supports wireless file transfer as well with impressive speeds. The best part here is that the app also lets you access your phone’s microSD card storage and transfer files conveniently. What makes this app my favorite is the fact that it’s completely free to download on the Mac App Store. Be sure to check it out.

This particular software is pretty similar to SyncMate, in that it offers a comprehensive device syncing solution between a Mac and Android smartphone/tablet. It supports all the versions of Android, so you’re well covered even if you own a slightly older Android device. This particular offering is fully capable of syncing photos, music, videos, and even apps through .apk files. The app uses a secure protocol to setup a connection between the Mac and the Android device to protect the safety of your files.

If there’s one downside, it’s the fact that AnyTrans can take a while sometimes to recognize your device. This can be annoying especially if you’re in a hurry. But to make up for this, remember that AnyTrans can also help you download music videos online at no cost. iPhone users have been using AnyTrans as a viable iTunes alternative to sync music and photos, so it’s only fair that the folks at AnyTrans have a version for Android users as well.

This is a bit of an odd choice but hear us out. Services like Dropbox and Google Drive have allowed seamless syncing between desktops and Android devices for quite some time. Keeping this in mind, it’s not a bad idea to install a Google Drive or Dropbox plugin on your macOS computer and copying the files there to access it immediately on your Android smartphone and vice versa. This can, however, take some time and is highly dependent on the kind of internet connectivity you have, so it might not be for everyone.

But if the internet speed is not a concern, this simple option can come in handy to every user. It’s also important to remember that Cloud services offer a certain amount of free storage to some users. Keeping this in mind, this is perhaps one of the cheapest and most effective modes of file transfer between a Mac and an Android device, although the speed remains a concern for some users.

Do you have a favorite way that you transfer files from Android to Mac, and the other way around? Let us know in the comments section below!

We will receive sales commission if you purchase items using our links. Learn More.

There are many people with Android and Mac devices, but they do not know that they can get their Android phones work with their Mac. With the improvement in the level of technology and innovativeness, software developers are indeed working hard to reduce the limitations and barriers of products from different manufacturers. Thanks to them now an Android device can be compatible to Mac. There are hundreds of thousands of Android Mac software available online, but here are the top 5 best Android software for Mac that every owner with a Mac PC should download and install into their devices.

MobileTrans for Mac (or you can use MobileTrans for Windows) is an excellent, safe and risk-free phone transfer tool, which comes with innovative and amazing features. It does not only allow you to export or import data between smartphones or between phones and Mac devices, but also lets you backup, restore and permanently delete data. Moreover, it allows you to transfer iCloud and iTunes back-ups such as music, photos, SMS, contacts, videos and more to your phone.

The software is considered to be one of the most advanced data transfer tools available on the web. It’s designed in a way that it transfers all the data without losing quality. This software is not only limited to Android users as Android user as iOS, Blackberry and Nokia users can also enjoy all its benefits. Phone Transfer is indeed a must have software. With it installed in your PC, you will never be worried when you decide to upgrade, switch phones or sell your current phone model.

If you would like to browse and the transfer your favorite files between your Android device and Mac, then Android File Transfer can be very helpful to you. This Android software for Mac is highly recommended for Android and Mac users who would like to back up, restore or just share their files with friends and relatives. It supports data transfer through a USB cable, just like most of the Android-Mac data transfer software’s.

In order to use Android File Transfer for Mac, you must ensure that your PC is operating on Mac-OS X 10.5 or later and your phone has Android 3.0 or later. There are two main challenges faced by users of this software. The first one is that it only supports the data transfer of up to 4 GB and secondly, most users are not able to uninstall it successfully.

Android SDK refers to a software development kit that helps software developers to create Android apps. Android SDK includes the sample projects with development tools, source codes, an emulator, and the required libraries for building Android apps. The apps are written with the Java programming language and then run on Dalvik, which refers to a custom virtual machine that is designed for embedded usage and runs on top of the Linuxkernel.

If you are an aspiring mobile software developer, then this is a must have app. It offers you a perfect chance to become more creative and innovative and everything you need to build applications are provided. However, the app can be tricky to operate for beginners.

Samsung Kies refers connects a mobile phone to a PC, making it easier for users to synchronize the data between various devices and find new apps. This provides users with the best way to keep their mobile up to date. Once you connect your phone to Kies through a USB cable, you are automatically notified of the available updates to your phone’s firmware. Kies Android software Mac is also available to help Android users to manage data transfers.

Bluestacks is an app that features Bluestacks app player as well as other cloud-based cross platform products that are designed to allow Android applications to run on Windows PCs and Macintosh computers. They have over 1.5 million games and over 500, 000 HTML5/Flash games. Therefore, you can log in, chat or play with Android apps on your Windows computer for free and on a bigger screen.